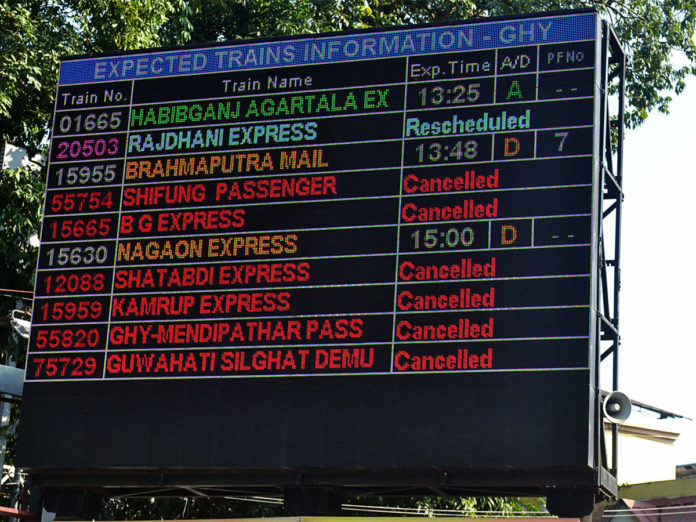 Owing to the prolonged anti CAA protests, a PTI report noted an extreme loss of INR 1,000 crore to Assam tourism. Jayanta Malla Baruah, Chairman, Assam Tourism Development Corporation predicts this crumbling of the tourism economy that was hit hard mainly in December, expected to sail in the same way in the month of January.

Mr. Baruah who is also an Indian politician from the state of Assam commented, “The peak season of tourism is from December to March. Due to violence during the protests, the sector suffered badly. We estimate that the loss in December and January will be INR 500 crore each”.

Baruah also noted that because of this fall of tourism in the “peak season”, there is expected to be a thirty percent financial loss in the year of 2019-2020. Subhanan Chanda, Chief Public Relations Officer (CPRO) of the Northeast Frontier Railways noted that loss of over INR 100 crore had been suffered by the Northest Frontier Railways, since it had to cancel a lot of trains. Chanda commented, “The losses incurred in originating earnings due to loss in passenger earnings was about INR 30.13 crore, the loss in freight earnings about INR 63.42 crore, while the loss in parcel earnings about INR 5.05 crore”.

Cheap flights from Hyderabad to Singapore Round trip from ₹12,000 ONLY!

Cheap flights from Mumbai to Dubai Round trip from ₹12,000!

Cheap Flights New Delhi to Moscow Round trip from ₹25,000!

Cheap Flights from Pune to Bangalore Round trip from ₹3,300 ONLY!

Budget and Top Rated Wooden Cottages in Fossatún, in the West...